Start a Wiki
IWF135 Leatherface is a HorrorClix 1.5 monster designed by Ivanev. It is based on the main antagonist of the Texas Chainsaw Massacre franchise.

In an early advertisement in Scrye magazine, Leatherface was pictured in his 2003 remake appearance alongside Freddy Krueger and Jason Voorhees along with the words, "February 2008," implying that a forthcoming release would contain HorrorClix versions of the three iconic slashers that comprise New Line Cinema's House of Horror brand. News broke some time in late 2007 that an action pack was being developed. However, when the Freddy vs. Jason Action Pack was released on March 12, 2008, Leatherface was nowhere to be found, much to the disappointment of the fans.

On July 27, 2010, images of a custom Leatherface figure were posted on It's Wicked Fun by Ivanev. When added to the HorrorClix Online database, it took the collector number of IWF135.

On December 07, 2011, pictures were posted by Uberman of a Leatherface miniature sculpted by Lucas Little, who was a sculptor for WizKids during the era when a House of Horror action pack was believed to be in development. Although there is no official confirmation, it is believed that the sculpt would have been used for the Leatherface that never came to be. 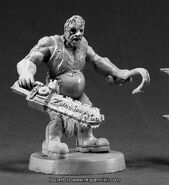 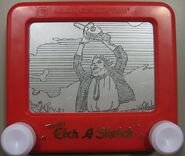 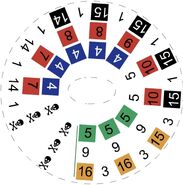 Print & Play Dial
Add a photo to this gallery

Retrieved from "https://horrorclix.fandom.com/wiki/Leatherface?oldid=11135"
Community content is available under CC-BY-SA unless otherwise noted.