Start a Wiki
IWF085 Count Orlok is a HorrorClix 1.5 monster designed by Darth_Sal. It is based on the main character of the classic vampire film Nosferatu, who himself was based on Count Dracula and upon whom the Base Set monster Nosferatu was based. 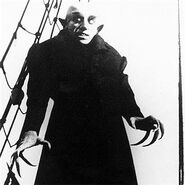 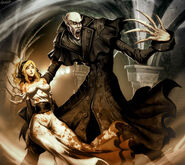 Add a photo to this gallery
Retrieved from "https://horrorclix.fandom.com/wiki/Count_Orlok?oldid=8118"
Community content is available under CC-BY-SA unless otherwise noted.